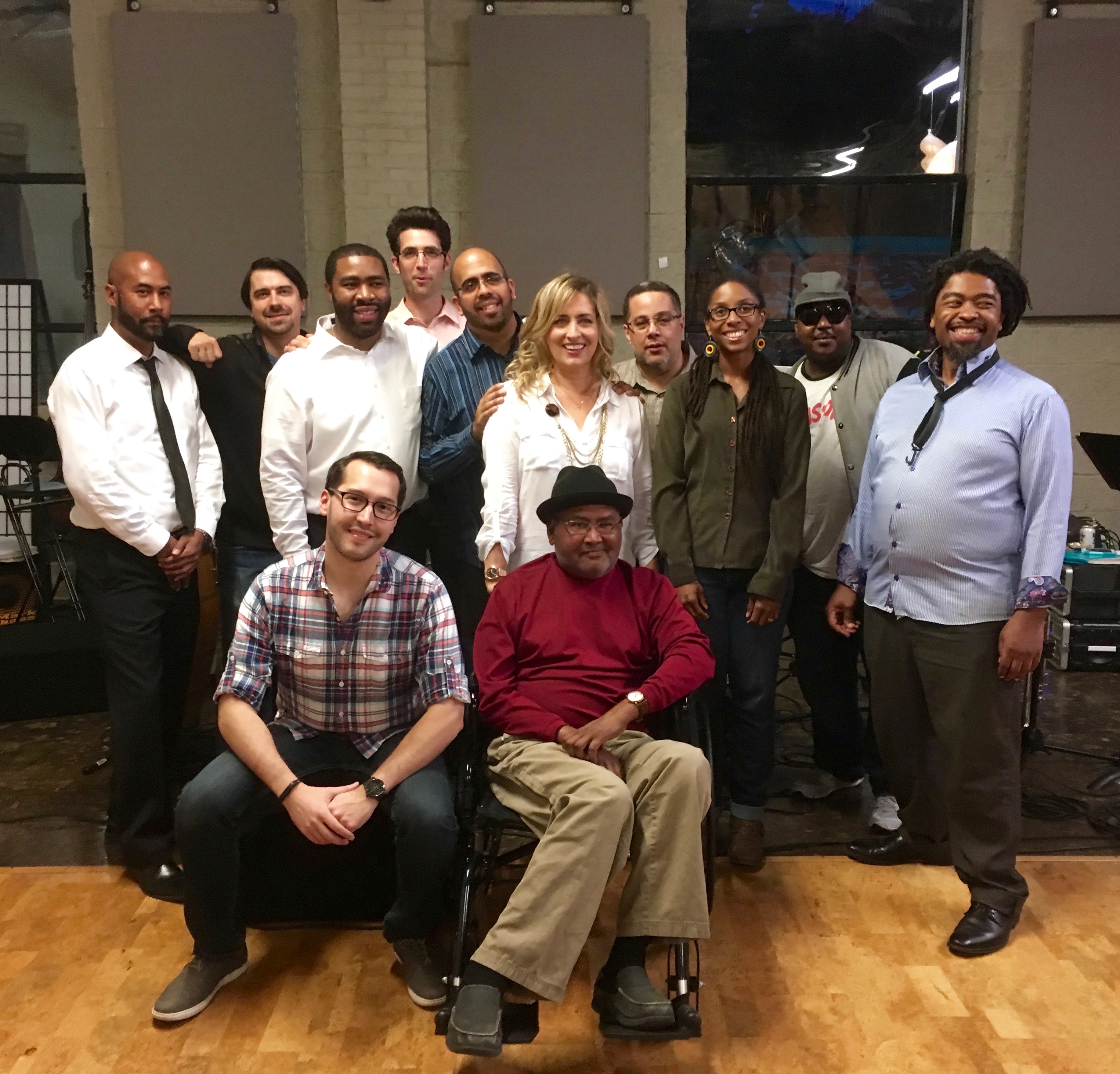 For the past 18 months, our dear, dear co-founder, lead singer, mentor, and friend, Nelson Delgado had been quietly fighting cancer, and on November 27th, 2016, he moved on from this world.

We had profoundly felt his absence from the stage and from rehearsals while he was fighting this tremendous fight and now that he has passed, we feel his absence even more so. As all of us are currently grieving and feeling compassion for Nelson’s wife and family, we also feel a sense of extreme gratitude for having known him and been a part of his tremendous contributions, not just to the North Carolina Latin musical community, but to humanity as a whole. No amount of writing could eloquently and comprehensively cover Nelson’s sonorous voice, engaging performances, and unflappably optimistic worldview.

We are incredibly thankful that GarDel was able to have one last show with Nelson on November 6th. A grassroots, come-as-you-are, pass-the-bucket social dance for our local community, with Nelson sitting in his wheelchair, immersed in the band’s groove, feeling the music vibrations in the air, seeing everyone happily express themselves through dance, and even playing a killer conga solo with one hand. Here is a video from that day:

What about Orquesta GarDel, what of its future? Though the group will never be the same, we will also never cease. We hope to release more albums, travel the world, and be a band for decades to come. Our hope, and Nelson’s hope, was that the band could outlive its current directors and members and become an institution of excellence for Afro-Caribbean music in North Carolina. We feel blessed to be able to continue that tradition with you, the community!

We miss you Nelson, and we will continue what you started!

See you at the next show,

the members of Orquesta Gardel